7 Reasons to Invest in Solar Energy 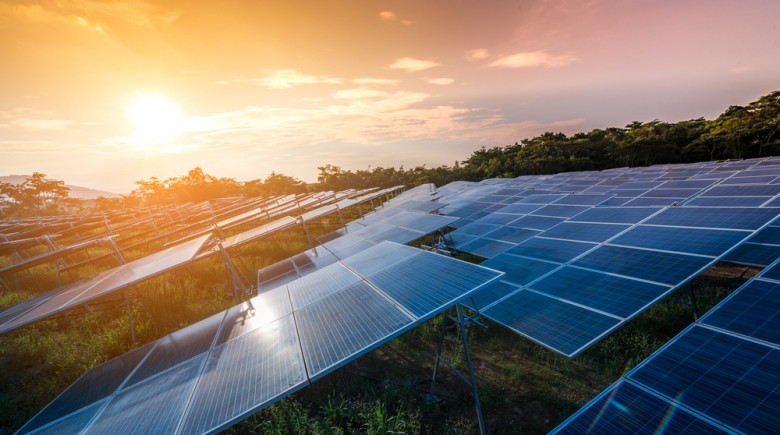 With environmental and economic paradigm shifts, the issue of energy sustainability has ceased to be an issue and become a routine practice. Besides increasing demand is making technology increasingly cheaper, tax incentives and climate change have evidenced the profitability of investment in solar energy. Here are seven reasons to invest in solar energy right now.

Unlike energy from fossil fuels or even from renewable sources like ethanol, solar energy is virtually inexhaustible. Solar energy does not depend on secondary transformation processes. Oil and ethanol need to be burned to release energy and thereby generate by-products such as carbon dioxide, water vapor and particulate matter (pollutants). These are, in fact, the greenhouse gases (GHGs).

Once the fuel (ethanol or petroleum, in our example) is exhausted, it is necessary to acquire new inventories, which implies diverse financial and logistical expenses. However, the photovoltaic solar panels extract directly deal with the primary source, which is the sun. This does not require secondary processes, generally less efficient and more expensive, to obtain energy. So, investing in solar energy is investing in a clean and safe source of electricity generation.

As we have seen, energy security has been under frequent threat to climate change and the country’s infrastructure deficiencies. We have witnessed the difficulties in maintaining water levels in hydroelectric reservoirs due to lack of rainfall and poor management of water resources. This results in a deficit in the electricity supply since the hydroelectric plants cannot generate enough energy, working below the installed potential.

To compensate for this gap and to ensure that there are no blackouts, the alternative energy sources are activated, which in the case of developing countries are predominantly coal and diesel oil thermoelectric. In addition to being highly polluting, these sources are inefficient as well as expensive. This cost is passed on to the final consumer, increasing the energy bill, which can be observed by the current tariff flag. Depending on your location, this scenario may be even worse. In some places, the energy bill is higher, making the act of investing in solar energy even more attractive.

In addition to the solar power plants for enterprises, the growing interest of the general population in generating their energy through the domestic modules has led to cheaper technology. Although the initial cost can be high, the investment in solar energy is long term and safe. The plates have a factory warranty of up to 25 years and investors of at least five and up to 12 years. With this deadline, planning the purchase of a photovoltaic system is no longer a mystery, even because there are specific funding lines for it.

With the launch of various public and private incentive programs and the increasingly pressing reality of climate change, citizens and entrepreneurs are seeking better alternatives to ensure that they provide energy for their daily needs.

Paradigm changes regarding the environment have made it increasingly clear that financial and economic sustainability of an enterprise is not separate from the environment. Those who invest in solar energy will certainly be taking a step forward in differentiating their product in the market. Both due to the reduction of costs and the promotion of sustainability, the concern of many consumers with high purchasing power.

Research conducted in 2015 in the United States has concluded that the installation of photovoltaic systems may imply the valuation of up to 4% of the property in question.

Many companies are already generating their energy saving up to 95% on the energy bill. It is a growing trend that has driven by recent technological innovations. Taking into account also the changes in the legislation, associated with a global reality of sustainability. The benefits of generating your energy are beyond cost reduction and energy autonomy. Your company is part of a movement that is revolutionizing the way we produce and consume electric power.

Photovoltaic solar energy is already one of the most competitive renewable sources. The return on investment is between 3 to 7 years in distributed generation. The durability of modern equipment is 25 years when installed by qualified professionals. The control of the amount due corresponds to the difference between the consumption and the power generation is recorded in the monitoring.

As you may note, investing in solar energy is becoming simpler, more accessible, feasible and interesting. For entrepreneurs, it is strategic to include the acquisition of a solar photovoltaic system in their financial planning. Besides, it is a safe, long-term investment that offers the possibility of converting the surplus generated in credits to the public network.

7 Reasons to Invest in Solar Energy