A Global Economy At a Crossroads 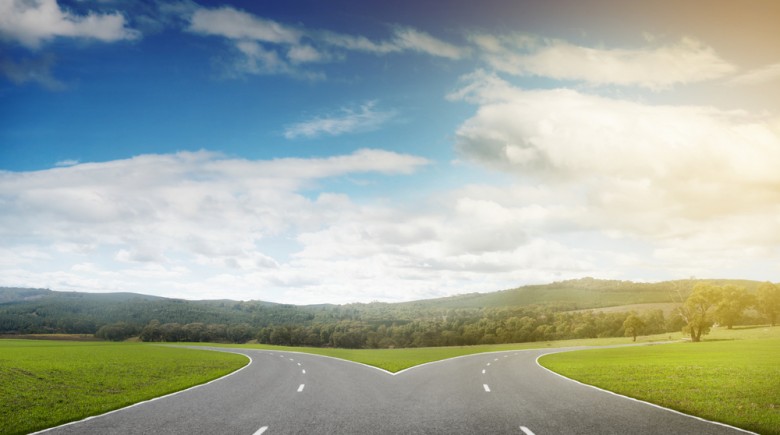 After almost a decade of solid growth, increasing capital investment and productivity improvements, the world economy is at a crossroads. On the surface, everything seems to be going relatively well. Global growth is trending at just above three percent for the year. However, next year’s global growth projection was just downgraded by twenty basis points which reflects a significant increase in global trade tension.

There is also the contrasting experience of the manufacturing sector compared to the service sector to contemplate in the puzzle that is the global economy. The manufacturing sector continues to struggle in a low growth environment and declining capital investment along with inventory declines. The specter of tariffs is also looming and poses an existential threat to growth if trade wars truly take hold. The issue with trade wars is that they often make economic forecasting unpredictable and cause the global marketplace to become paranoid and risk adverse. There is really no upside to such trade wars because they are tantamount to power struggles where both sides dig in their heels and no one truly wins. Rather than negotiating in good faith, sharp rhetoric rules that day and the global economy suffers as a result.

The service sector in the global economy continues to do well in the face of global trade headwinds. That is likely because services have become much more accepted in the mind of the consumer as something that they cannot live without. Many customer facing service companies have done a great job implementing a subscription as a service (“SAAS”) revenue model which will make their businesses much less prone to boom and bust cycles. Consistency is the hallmark of the service sector right now. The reason SAAS works so well is that customers who enjoy a subscription service are not likely to cancel once they sign up. There is a stickiness with services does not exist with products. Even in the face of budgetary constraints or a looming recession, consumers have not readily canceled subscriptions as a way to cut back on expenses temporarily. This may change as the number as the number of service options continues to proliferate, but for now companies like Netflix that have a customer subscription revenue base appear to be well positioned to weather any global downturn.

The central banks of the world economy are starting to slow their own pace of action in response to the crossroads that the global economy finds itself in. The narrative around central banks in the past year was that they were planning to raise interest rates to tamp down inflation before it overheats. Those actions seemed to work at first but the uncertain macroeconomic and geopolitical environment has seemingly left central bankers looking for cues from the global economy before taking further action. Other than in a few slow-growth economies, interest rates are not likely to immediately go down, but the once forgone conclusion of continuously increasing interest rates is now gone and the future is uncertain from a central bank perspective.

The bigger picture of the global economy is that we have experienced over a decade of unfettered growth without a major shock to the system. The credit crisis of 2008 is a distant memory and even the intermittent shocks of Brexit and the Eurozone crisis did not spin the global economy into a prolonged recession in the past few years. Brexit is still being negotiated and many Eurozone countries remain woefully over leveraged and awash in debt but progress has been made on both fronts and the global economy came out of those events relatively unscathed as a result. However, there are undoubtedly forces at work which could cause a recession and some of them are cyclical in nature as well. Manufacturing cycles start heading towards a trough once growth stalls and businesses pull back on capital investment. There are signs that both of these factors are at play right now in some sectors of the economy. In addition, geopolitical events always are at risk of causing a shock the likes of which we have not seen in a long time. The flare up between Iran and the United States in the past week is a good example of how tensions can escalate at any moment and throw the global economy into a tailspin. The same can be said with the continuing saga with North Korea although that has proven to be more bluster than action. These are obviously the hardest situations, events and relationships to predict. The reality is that exogenous shocks always have a tendency to be a catalyst for recessions and are therefore also tougher to react to in real time.

There are still many positive signs emanating from the global economy which should not be overlooked. Advanced economies continue to grow, developing countries have made progress and high growth markets continue to be ripe with untapped opportunity. Technology and innovation are still driving incremental labor efficiencies which continue to increase the standard of living in many countries. Lastly, the global economy is becoming even more connected than ever before through trade and technology that brings businesses and consumers closer. The negative threats of trade wars and political conflict are often times short-term events that turn out to be a blip on the radar because they do not inhibit long-term progress. It is certainly true that the world economy is at a crossroads, but the trajectory of the economy over the long-term is inverted toward growth and standard of living increases for all. If businesses and individuals work together to continue to innovate and harness technology, our world will continue to get brighter. The short-term can sometimes look cloudy and unpredictable, but we have always experienced standard of living increases when capital is invested and technology is developed. That fact is important to keep in mind when the world gets fearful. It is important to keep our collective heads up with an eye toward the future because that future remains bright and boundless with potential.