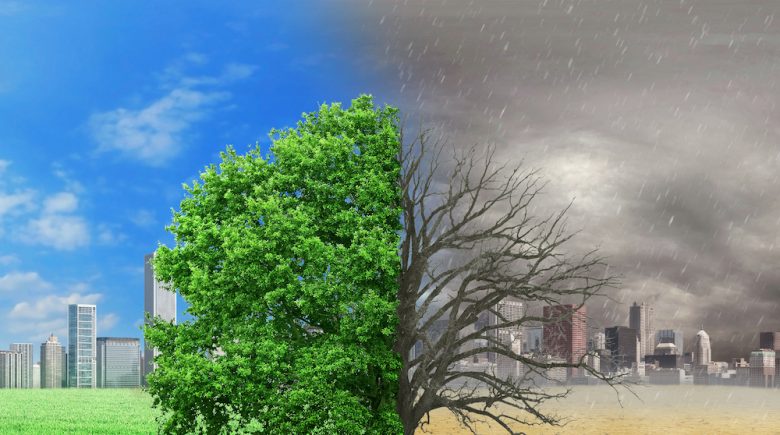 Why global warming is a major thing

A difference of half a degree may not seem like much, but remember this number is referring to the global average. A global average temperature increase of 1.5 degrees may mean an average temperature increase of 5 to 10 degrees in some places. This is bad news for our oceans, farmers and the general health of the globe. Warmer oceans can cause changes in the ocean’s ph, changes to the ocean’s currents and oxygen to become depleted in the ocean, all of which can cause massive die-offs. Warmer oceans translate to stronger storms and higher sea levels around the globe. The world also is receiving less snow falls because of climate change. Snow forms best in temperatures between -2 degree C and 0 degrees C. If the temperature is too cold there isn’t enough moisture in the air to form crystals, too warm and you get rain instead of snow. For some areas snow melts in the summer and provides a source of moistures during dry months. For these places, which now have less water during the summer months, extreme water shortages and large wildfires are now common occurrences. A difference of half a degree will decide whether we lose all of the earth’s corals reefs or just a large percentage of them. With global warming risking the wellbeing of billions of humans around the globe, some countries are stepping up to meet the recommended 1.5 degree C warming goal.

Gambia
Gambia is a small country in Western Africa and is one of the only two countries currently upholding its Paris agreement pledge. Gambia is making major efforts to switch to renewable energy sources, more sustainable farming methods and sustainable modes of transportation. The country Gambia has plenty of access to sunlight, which makes solar panels an efficient type of renewable energy source. In 2018 Gambia received approval from the world bank to receive a loan of $ 73 million dollars to start construction on the country’s renewable energy program. The world bank also added $ 42 million to support the project. If everything goes to plan, the program will provide 1,100 rural schools and health centers with electricity through solar kits and batteries. The country also launched a plan to restore more land for trees, the project will restore 10,000 hectares or 24,710 acres of land towards vegetation.

Morrocco
Morocco, a North African country, is the only country, except for Gambia, to uphold its pledge as part of the Paris agreement. Morocco’s economy has already been affected by climate change, in 2015 the country had to deal with a severe drought, which crippled the country’s agricultural market. Morocco launched a plan called plan vert or green strategy to reduce carbon emissions and to produce more sustainable methods of agriculture and transportation. Morocco plans to generate 52% of its electricity needs from renewable energy by 2030. All subsidies supplied for gasoline, diesel and other forms of crude oil will no longer be valid. Instead, these subsidies will put towards transitioning to a green economy.

India/Costa Rica/EU
India plans to generate 40% of its power through renewable energy by 2030. India is using mostly solar panels and wind turbines to produce power. Currently, India is on track to meet the Paris agreement’s goal of 2 degrees C of warming, but the country could meet the goal of 1.5 degrees C of warming if it abandoned plans to build 370 coal-powered plants. Since announcing plans to construct 370 coal-powered plants, India has halted construction on some of the 370 plants it initially said it would build.
Costa Rica is aiming to have 100 percent of its power produced by renewable sources by 2021. In 2018 the country generated 98 percent of its electricity from renewable resources, mostly hydropower. Costa Rica has a geographic advantage over many locations, which allows the country to construct numerous damns and to utilize volcanoes for renewable resource purposes.
The EU is attempting to reach net-zero carbon emission by 2050 through the new European green deal. The European green deal includes changes in tax legislation to encourage green behavior, green investment plans and revisions to certain laws.

The future
The annual Emissions Gap report, which compares where greenhouse gas emission are and where they need to be, shows that emission needs to fall by 7.6 percent each year over the next decade to keep global warming close to 1.5 degrees C. It is still possible to reach the goal 1.5 degrees C warming but it would require for governments around the world to start acting now. A large portion of the G20, the world’s most developed countries, are not doing enough to prevent global warming. The G20 produce about 78 percent of the world’s emission but only five of these countries have committed to a long-term goal to reduce carbon emissions. Russia, Ukraine, the United States and Saudi Arabia are some of the worst offenders.