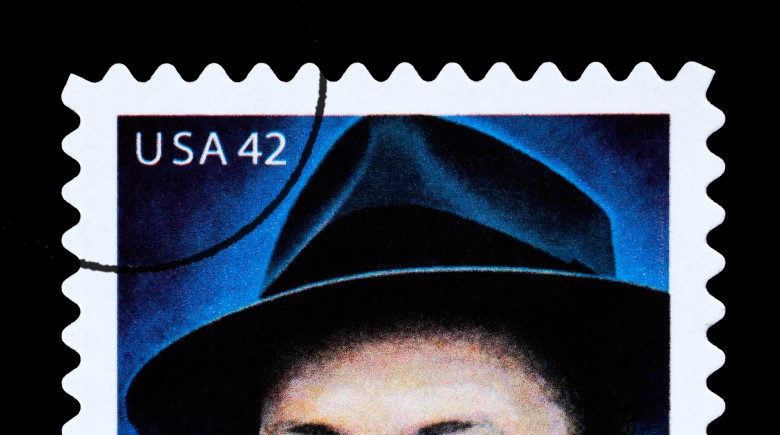 Frank Sinatra was apparently a huge Jack Daniel’s fan and now the brand is tipping its hat. And well they should as the company was helped tremendously by his devotion:

Mr. Sinatra’s impact on the Jack Daniel’s brand was immense, according to Brown-Forman. Jack Daniel’s in 1955 sold roughly 150,000 cases, a figure that doubled the following year, after Mr. Sinatra began to refer to the whiskey as “the nectar of the gods” while on stage for various performances. Jack Daniel’s popularity has since exploded, with the black and green label products selling 10.9 million cases globally last year.

Wow. Now that is a celebrity endorsement that moves the needle. Can you imagine what a company today would pay a celebrity to double sales in a year? Of course, I am not sure that anyone would believe that a celebrity really felt that way about a product in our current world. Most would probably just assume that he was paid to say those things on stage. It also helped in that Sinatra was known for, let’s say enjoying, more than a drink or two more than now and then. No wonder that Jack made sure that Sinatra never ran out of his “nectar”:

…one of the brand’s first salesmen, Angelo Lucchesi, developed a friendship with Mr. Sinatra and ensured the singer had a steady supply of the whiskey. At a time when it was hard for other consumers to get a hold of Jack Daniel’s, cases would be delivered to Mr. Sinatra’s home and even airports while he was traveling.

Good idea, I would think. “Sinatra Select” is only available in a few locations outside of the home distillery, but they are planning to expand its availability later in the year. And how much will this 90 proof concoction cost? Well, it ain’t cheap: the suggested retail price will be about $175 for a 750 milliliter bottle. I don’t want to pour water on the plan, but it does seem to be a bit of a gimmick. Or a nicer way to put it may be that the new whiskey is meant to aim at the collectors market. And there is nothing wrong with that as the company owes a lot to Frank Sinatra’s fortuitous endorsement. It may even be a fantastic batch of liquor. But really, why buy  a bottle of “Sinatra Select” when Sinatra himself “selected” the plain old Jack? I mean there certainly doesn’t seem to be a lot of room to improve on something called “the nectar of the gods”!