Importance Of Investment In Wind Energy 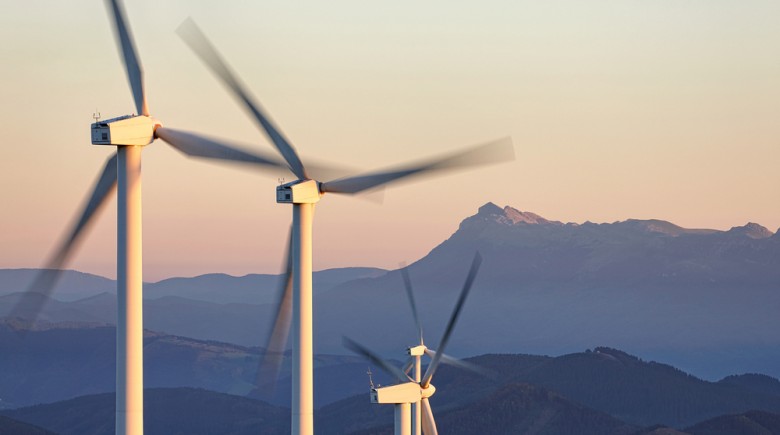 The use of wind energy in the country has advantages. These advantages differ from traditional energies and other types of renewable energy. This stems from its further development. Its operation takes place with the use of natural resources. When the wind turns an enormous propeller that is connected to a generator, to the level in which the wind turbines are connected to a power transmission center. This generates the wind-energy and produces the electricity.

The amount of energy produced by this mechanism may vary due to the size of the propellers and the wind regime in the region in which it is installed. For their full functioning, factors such as force and regularity of the winds are important. Moreover, the respective region being free of turbulence and without the subjection of climatic phenomena, is also essential.

Although in the last decades, wind energy has gained ample space on the planet. In the world perspective, it still has small participation in the energy matrix.

However, this form of energy generation is already present in several countries, making possible the possibility of growth. As an example, with the World Wind Energy Council, 80 countries have already built their facilities, totaling a capacity of more than 282 GW. Especially European countries like Germany and Spain, currently account for the majority of the world’s installed capacity. These countries and others concentrate technological development efforts on the manufacture of the main wind turbines.

At the same time, China, the United States and India also increased their investment in wind energy, reaching respectively 75.6 GW, 60.0 GW and 18.4 GW of installed capacity. This is accompanied by the development of suppliers and technologies. The United States and China have also been following the movement of countries such as Denmark, Sweden, Ireland, Germany and the United Kingdom to create offshore wind farms. Moreover, Brazil has one of the largest wind potentials in the world. Despite the wind being responsible for some megawatts (MW), some countries have strategic plans for the exploitation of this energy source.

In this resizing of the sector, the value of wind energy is highlighted. Through auctions, the wind energy sector is expected to install 195 GW wind farms in the near future.

Motivation to invest in wind energy

For a long time, what has prevented the installation of more wind farms in different countries was the price. Since the energy generated by a wind power plant varies the cost between 60% and 70% more than the same amount generated by a hydroelectric plant. On the other hand, wind energy has the great advantage of being inexhaustible and causing very little impact to the environment. It also does not emit polluting gases or generate waste or reduce the emission of greenhouse gases (GHG).

In addition to this, the advantage of the wind farms’ land is usually compatible with other uses such as agriculture and livestock farming. It will increase employment and investment in disadvantaged areas, as well as greater circulation of goods and services.

Although timidly, many countries are gradually growing their production of wind energy. In the last decade, governments’ incentives for the sector were responsible for the increase in wind power participation in developing countries. Although the developed world could have still participated more.

There is no doubt about the importance of the role of states and governments to allow a productive investment environment, in addition to technological progress and sustained economic development. The past decade depicts how different countries and their governments have acted as a propeller in terms of infrastructure, technology and economic development in the poorest regions.

The World Wind Energy Council, in turn, was not limited to hydroelectric projects. It has improved its policy to support wind and thermal biofuels, significantly boosting the practice of renewable energy. In this way, the financial support of the institutions was fundamental to preserve the solvency of companies in the sector and their investment capacity. It is also important contain the extraordinary tariff increase worldwide. Thus, it played a key role in the development of the wind energy production chain. This also catalyzed in financing a large part of the wind farms globally and stimulating the development of the productive chain in the country.

Thus, World Wind Energy Council, with the approval of new financing conditions for the electric energy sector, cause the alterations to contribute to the expansion of alternative energy sources in the world electricity matrix. It also directs investments in LIRD (Long Interest Rate Deadline) for projects with high social and environmental returns.

The demand to achieve economies of scale and gains associated with technological diffusion, with competitive prices, makes WWEC an important investor in the wind power sector. Considering that the institution seeks private partners in the sector’s development, it is characterized by a great opportunity for the different countries to attract foreign capital to finance the projects.

Wind is relatively unpredictable so production forecasts are not always met, especially in small temporary units. To minimize the risks, investments in this type of facility are always long-term, which means that the calculation of their return is safer. This inconvenience is best understood with one piece of information: wind turbines only work correctly with gusts of wind between 10 and 40 km/h. At lower speeds, the energy is not profitable, since higher energy poses a physical risk to the structure.

Importance Of Investment In Wind Energy