Is Protectionism In Trade Wars A Sin? 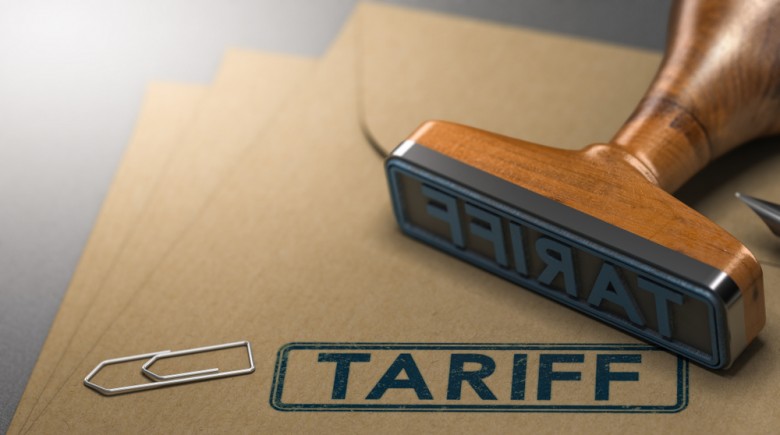 In recent times, much has been said about a likely trade war between the US and China. After all, continued tariffs have already been imposed on both sides for various products – and the expectation is that this movement will not stop so soon. However, promoting and entering into a commercial war is a very controversial policy; because, it is a highly protectionist measure, this practice can bring more disadvantages than advantages – especially in a world that is increasingly globalized and economically interdependent with one another.

What is a trade war?

The term trade war is used to describe an economic conflict between countries, where states begin to place trade barriers like tariffs, customs duties, and trade restrictions on each other. The movement always happens in a staggered way, with one country retaliating another consecutively with the application of more taxes and barriers.

Most often, a trade war begins amongst two countries and ends up spreading to other countries, causing direct and indirect effects on all international trade. A trade war is dissimilar from other activities that have damaging results on trade relations between two countries. Sanctions, for example, may also have philanthropic or political objectives – while a trade war is usually purely economic.

What can cause a trade war?

In most cases, a trade war is motivated by the economic protectionism of one of the countries. Usually trade war begins when one country perceives the other country’s trade practices as unfair. As a result, the government decides to adopt actions and policies to restrict international trade and enhance its trade balance, usually with the intention of barring imports from foreign competitors. That is, to try to stimulate its domestic industry and create jobs, the country establishes custom barriers to prevent the entry of imported products into its market. In this way, the country that had its products taxed can respond in the same way, adopting similar or even greater trade barriers in relation to the other country. Therefore, the situation can trigger retaliation on both sides. Therefore, becoming a real dispute between the parties.

How can trade wars be solved?

Countries often enter into trade disputes. To resolve them, they can go to the World Trade Organization (WTO) and have the organization arbitrate the disputes, eventually deciding who is right and who is wrong. Therefore, the WTO seeks to use rules of general acceptance among countries, such as the General Agreement on Tariffs and Trade (GATT), to try to prevent an exaggerated trade war.

The debates surrounding protectionism end up in a black and white record, but turned upside down: all trade is good and all barriers are bad. Protectionism is part of the world’s commercial history and development model of many countries, starting with those who would later push free trade down the throats of others. It’s a bit like climbing a ladder and then taking it off to the next one.

Until the second half of the nineteenth century, the United Kingdom mobilized a vast set of so-called protectionist policies. It only adhered to the free trade when it felt enough industrial strength, having imposed it on many dependent areas through the strength of its empire. The British Empire practiced protectionism until its industries surpassed their competitors in 1840-1850 and only then unilaterally adopted a free trade policy.

At present, it is the United States that is at the epicenter of the protectionist debate, but this is not really a novelty for this country. In 1791, just 15 years after the Declaration of Independence, Alexander Hamilton, the first secretary of the Treasury, presented to Congress his ideas on the country’s development. At the heart of those ideas, was the idea that the American fabric needed government protection and that subsidies are one of the most effective ways to encourage industrialists.

At the border, steel, iron, weapons and glue should pay more to enter the United States. Hamilton felt that this policy would protect US industry until it was able to compete with its foreign competitors and ensure the country’s independence; and would allow it to raise revenue to finance the federal government and to support this industrialization effort. Today, this “founding father” would be seen as a dangerous protectionist.

What is required of emerging or smaller countries is sometimes similar to putting an under 17 player to play for selection A. In some cases it may work, but most of the time he will not be able to compete with players who have had more time to develop its industry, its companies and its products. According to experts the free trade should not be a universal prescription in all situations. Sometimes protectionism is useful and even advisable. Underdeveloped countries should be able to copy the selective and temporary industrial protection practices of successful countries. Developed countries should be able to avoid erosion of their labor or environmental standards. The US may even come in first place, but they can hardly afford to isolate the rest of the world. China knows it and is already preparing to take off the gloves.

In the end, trade wars occur to protect inefficient producers who are not producing goods that meet the real desires of consumers. That is why such producers resort to the federal government: to protect them from foreign competitors who are superior in supplying this specific good. For this reason, protectionism is nothing more than the fear of the incapable of the intelligence and the abilities of others. Such a posture, in addition to being morally reprehensible, being cowardly, is also extremely dangerous.

Is Protectionism In Trade Wars A Sin?