Living The Good LIfe With Smartphones 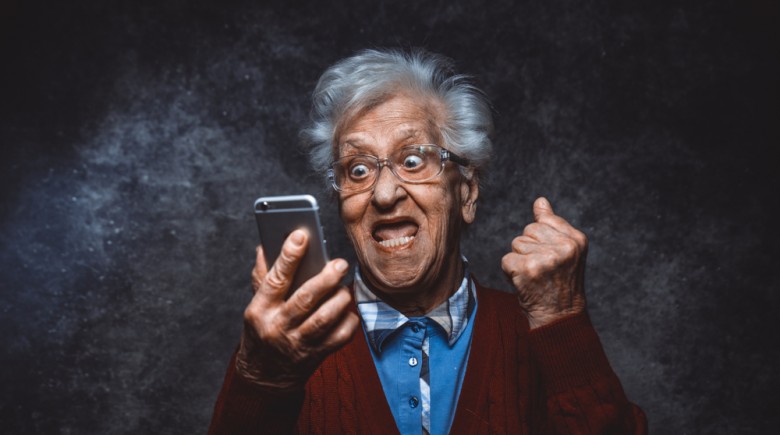 Firstly, who coined the term “smartphone?” There are several guesses about the word smartphone. For instance, the telecommunication company Ericsson used the word “smartphone” when it released one of its 1997 devices.

However, in 1990, research shows that the term was used during the mid 1990s in a Popular Science magazine article. But, the term smartphone became a daily name when AT&T called their latest cell phone device a “SmartPhone.”

Smartphones appeared in the mobile device market nearly two decades ago as the alternative to mobile phones. When we look back at classic smartphone technology, we thought that making calls and texting a few lines was the cat’s meow.

Current communication features designed in smartphones consist of emailing, video calling, photo sharing and more that allows us to communicate in an all new way. There are current smartphone technology that is helping to save lives.

For example, smartphone technology is available to help Alzheimer patients. Patients wear a smartphone watch with a satellite monitoring sensor inside that detects where the Alzheimer patient is always located. This technology for patients includes the automatic emergency contact feature to healthcare professionals and family members.

Web browsing once belonged to desk top model devices with the help of a wiring system. Today, we have a wireless system that is very mobile. Wherever there is cellular coverage, we can stream and surf the Web. Speaking of the smartphone wireless environment, technology in this area has just begun.

The wireless technology has introduced us to placing our phones on a mat for charging. However, this is just the prelude to tomorrow’s advanced technology. Research is on the verge of releasing a wireless charging system that will allow us to charge our devices from across the room.

A magnetic field is the principle behind the smartphone power source. New wireless smartphones with advanced Bluetooth technology will connect emit radio waves that can be converted to a smartphone power current around 15 feet away with draining the battery life. Smartphone manufacturing companies are competitive. As such, smartphone researchers are already working on creating a receiver that can pick up the new power source as far as 30 feet away.

Another smartphone technology that could be introduced as soon as 2022 – a holographic screen phone. Yes, we have entered the Star Trek era in the 21 century. Our smartphone screen displays provides high-quality flat and two-dimensional features. However, with the creation of 3D technology, mobile touchscreen technology is playing around with integrating 3D imagery into our smartphone devices, better known as hologram displays.

The technology of a hologram screen is the science of using light diffraction to project a virtual 3D image of objects. Telecommunication researchers are working quickly to make your future smartphone purchase, one that will highlight 3D holographic features. Prototypes already exist in England.

How about a smartphone that you can bend and fold? Known as a flexible screen, smartphones that can be folded, bent, and crumbled can be on the market by the end of 2020. Why create foldable phones? The key reason is to provide larger displays and features. With this advantage, your mobile phone can be folded for a perfect fit in your clothing. Prototypes are available where you can fold your smartphone in half, in quarters.

The countries that contribute to smartphone advancements include the United States, Canada, England, Finland, Germany, Japan, South Korea, India, China, and Israel. Each nation is a leading proponent of high-tech processes. The U.S. Silicon Valley research experts has collaborated with nearly all these nations to produce the next big IoT and AI creation to make our lives better.

Again, this is not the technology’s fault. The benefits of smartphones are plentiful. Benefits are its social media communication and connectivity features. With a GPS-enabled tech feature like mapping, you can find individuals and find your own routes in getting from point A to point B, smartphone life is much easier.

Our present day smartphones enables us to keep our laptop, DVR device, and radio devices in one hand-held mobile phone. With a smartphone, you can listen to your favorite downloadable music, watch video clips, watch TV shows and movies, and read e-books. Smartphones are a great source of entertainment right in your hands. You can also sync your favorite entertainment with any laptop, computer, or other devices automatically.

Smartphones are simply very convenient mobile devices. In addition to entertainment features, an Internet connection allows us to communicate with our banks, pay bills, as well as to send and receive emails. Your smartphone for personal use or for business, keeps you connected with the world. Everything you need to keep your day going smoothly can be held in the palm of your hands.

With all the technological features that are manufactured in our smartphones, they are basically a life-saving device. They enhance everyone’s lives from adults to children. Yes, we may have to learn how to use them more smartly as we go about our daily lives, but smartphones are the good that far outweighs any bad.

Living The Good LIfe With Smartphones