Renewable Energy is Set to Lead the Clean Economic Battle 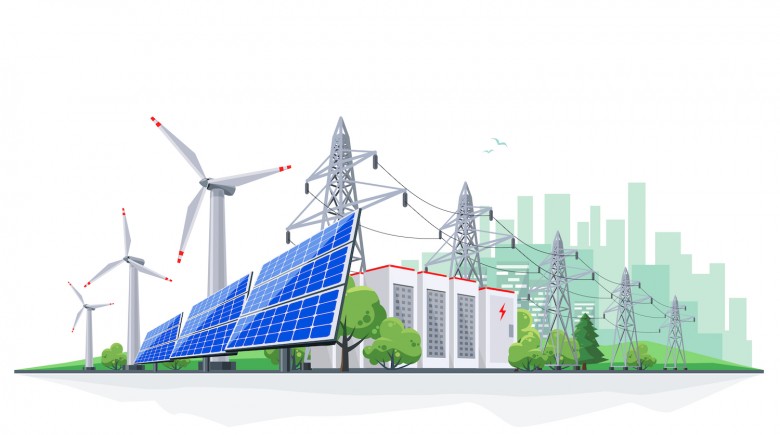 The mega potential for renewable energy market has become a global forecast. Its anticipation has grown significantly, earning renewable energy plants a market value of about $930.0 billion globally. The finite presence of fossil fuels on earth as well as its increasingly dangerous carbon emissions have bolstered the ethical concerns towards reducing carbon print; this has also created massive opportunities for investors to make safe bets as the developing green policies of governments around the world will gradually affect the highly subsidized fossil fuel industry.

Renewable energy and its subsets are a promising development and the future of the finance world is about to see a rapidly growing rate of investments in non-conventional sources of energy generation.

As more and more of us have become aware of the dangers of the carbon footprint on nature, energy markets and investors have been compelled to consider clean and renewable energy sources. This has triggered a worldwide energy revolution, which is set to see its full manifestation in the coming decades. Corroborated by the increasingly growing investments in renewables each year, the renewable energy market has made remarkable progress so far. Since 2004 a rise of $2.9 trillion has been recorded as investments in natural energy sources. For over seven consecutive years, renewables have been seeing investments exceeding $200 billion each year, owing to the falling prices of solar energy equipment and to a lesser degree, wind power equipment. The rising popularity of renewables results from more and more people addressing their concerns for climate change and demonstrating commitment by reducing carbon emissions and rejecting the continued use of conventional energy sources.

In 2017, a record number of new solar power plant installations worldwide was observed for which China accounted 45%. China also set up over a dozen wind projects which have not only helped reduce carbon emissions but also generated various jobs catering to different stages of the construction project. The transition phase in which companies and individuals switch from conventionally generated energy sources to naturally generated energy at a large scale serves as a giant economic boost.

At its very basic, the nature of renewable energy sources can be understood as an entity that is able to sustain itself without depleting and/or has the ability to replenish itself over a relatively short period of time, such as solar, wind, and hydropower. These types of energy sources are strictly in contrast to their dark rivals, fossil fuels, which are not only finite but also have a much stronger tendency to harm the environment.

Solar energy is the energy derived from sunlight. Electricity can be generated by using solar technologies. At least 500 years ago, these clean energy sources were used abundantly, for various purposes including growing crops, grinding grains, and lighting. A very useful piece of information tells us the might of clean energy: according to the National Renewable Energy Laboratory, the sun emits more energy in one hour than the combined amount used by the world in one year.

Wind energy drives turbines as tall as high buildings, which then capture energy and produce electricity. These turbines can avail maximum use in any location that sees high speed winds.

Hydropower is a good source of electricity generation when used as a supplemental source so as to not disrupt or divert the natural flow of water when used at a large scale. Hydropower is reliant on water, or more precisely, the fast moving water that descends from a high point. This force with which the water flows is used to convert into electricity by spinning the blades of the turbines.

While, clean energy also has some environmental impact it is not comparable to the damage we’re likely to see with fracking and other technologies associated with oil drilling and mining. The occurrence of earthquakes, land and water pollution is a deadly consequence of mining activities. Choosing clean energy over non-renewable energy sources has its obvious benefits that favor the environment, but it also helps us prioritize our national interests by minimizing our reliance on exports from countries that have abundant fossil fuel reserves.

Challenges Faced By the Renewable Energy Industry at Present

There are quite a few reasons as to why a full scale conversion from fossil fuels to natural energy sources hasn’t yet occurred. While renewable energy systems have proven to be less damaging to the environment overall, these sources, at present, face several issues, including deployment costs. A complete implementation of renewables requires overcoming technological, awareness and cost barriers, which vary with location. For example, in the Middle East, fossil fuels reserves are still a cheaper option due to close proximity/quick accessibility. Also, traditionally electricity generation has been derived from these sources and will perhaps require greater awareness of climate change to see a substantial drive for renewable energy generation.

Even with generating costs going down worldwide, it is necessary for private investors to provide sufficient funding to further advance the technology for renewable energy sources to significantly reduce clean energy’s dependence on time and weather.

The deployment of renewable power plants can only kick start with a huge investment at this point. However, as a positive step, we’re looking at continuous technological advancement and government funding in this sector, which will definitely expand its capacity to take over the fossil fuel monopoly once and for all.

If we go back five years, we’ll learn that renewables were available at its cheapest rate in only 1% of the world. Today, renewables are predicted to undercut the existing conventional energy industry. As observed since 2010, wind power has seen a drop of 49% in cost. As we continue across the journey of one to three decades, renewable energy will see constant price drops, paving way for companies to operate sustainable energy plants quite affordably. According to BNEF projects by the year 2050, the expected cost drop of solar electricity will be 63% in comparison to the current price drop. In addition, the wind energy will likely see a 48% price drop. Overall, the price decline will be so sufficient that building renewable power plants would be cheaper than maintaining the existing fossil fuel plants. The fall in renewable prices yet a rise in the demand for reducing the green house effect will compel the world to invest up to $4 trillion in solar power generation over the span of next 30 years.

It is evident that the rise of this significant alternative has mostly stemmed from the devastating effects of global warming. These concerns have caused the renewable energy market size to increase as governments are now implementing regulations focused on climate change. It is important that we continue to push for this as a full scale development. We hope more and more investors are encouraged to adopt a sustainable way into the future and continue to act in favor of our planet.

Renewable Energy is Set to Lead the Clean...