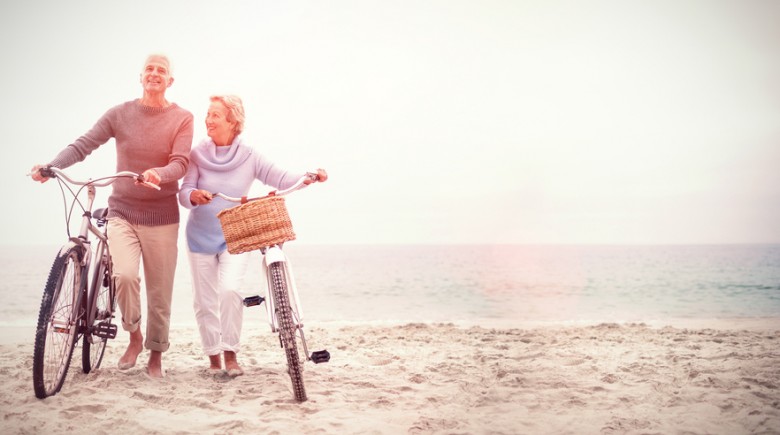 If you are considering retiring soon here is a small list of places that may suit you perfectly for your retirement. What is the checklist that you would build to have all the things you would want in a place suitable for your retirement?
Here is a list that many people would find helpful. First, there is the climate, which is usually a big factor in retiring. Do you want a tropical, semi-tropical, or more dry and sandy place close to the beach? Access to fishing? Need for travel? Then living on a tropical island may not fit your needs. Cost of living? That is normally a big factor for most people who are planning to retire. Cultural attractions like a symphony, Jazz concerts, or pop musicals. Of course, there are so many choices. What kind of transportation do you need near? Airport or ship, travel by land or sea, or air?

One of the big advantages of living in Victoria is it is a small-town vibe in a big town setting. People who live in Victoria speak about the pace of life as being milder and slower than two other Canadian cities, Toronto and Vancouver, which can be said to be bustling. The city has many beautiful gardens and places to visit. Victoria has many outdoor activities throughout the year and the home to several universities. Victoria is a place where there are many outside gardens which captures the outdoors feel of being in the country or away from city life.

Living in Victoria is about 11% less than living in Vancouver, and if you’ve lived in Los Angeles before, it is 22% cheaper to live in Victoria than in Los Angeles. Victoria has two hospitals, which are of the top twelve in Canada. The weather in Victoria is mild most of the year, with some rain; the winters are snowy. The crime in Victoria is safe. IF not a fluent French speaker, most people in Victoria speak English. Since it is a cultural city with universities many cultural events can be found around the city.

There are many ways to get around the city of Victoria. There is an international airport which makes taking flights anywhere in the world possible or you can enjoy a ferry ride. If you are planning on visiting before you make a final decision to move you can find many tourist buses.

If you want to spend a day around the city Victoria has many landmark locations like Fisherman’s Wharf or BC Legislature; Inner Harbor or Bastion Square.

If you love Southern Living and the downhome style of the South, then you will enjoy retiring in South Louisiana. First of all, Louisiana has a rich heritage of culture inherited from the earliest Acadian Settlers from Nova Scotia. The Acadians when they were exiled from Nova Scotia settled along the Gulf of Mexico, in small and large cities. Also, New Orleans has a rich history that goes back to the Louisiana Purchase and all the history after that early period of growth.

New Orleans has a rich educational tradition with Xavier University, Tulane, University of New Orleans, Loyola, and Dillard to name a few. Each of the universities has it its own culture, sports teams, and rich tradition.

New Orleans has some of the best medical facilities in the South. Many of its doctors are trained at Tulane Medical Center. New Orleans is the home to many religious traditions: Jewish, Catholic, Baptist, Methodist, Orthodox, Lutheran, Bahai, to name a few.

If you choose to retire to New Orleans you will have a choice of going to many 3-star restaurants like Antoine’s, which have been in existence for decades; many of the world-renowned food places located in and around New Orleans have a rich history of being visited by notable people such as actors, politicians, and authors.

New Orleans has a variety of accommodations, which allow for a wide variety of people who want to live within their means. Depending upon the part of the city or the kind of home you want to retire to there are many options to choose. There are many professional brokers in New Orleans who can find and locate your dream retirement home.
Shopping, groceries, and retail sales stores are abundant throughout the city. New Orleans is also home to many antique shops in and around Bourbon Street.

As a person retiring there may be times you want to go out and spend some times in a cultural setting. New Orleans has its own symphony hall which attracts world-renowned artist throughout the year to perform. There are many Jazz Venues around town as well as places where a variety of music is performed on a nightly basis.

Of course, retirement wouldn’t be complete without watching your favorite team perform live. New Orleans has the Superdome which hosts major football teams every season, as well as other sporting and cultural events throughout the year.

Whether you choose to stay within the continental United States or choose to live in a different part of the world for retirement, there are many decisions that need to be made and some specific expectation to accommodate your goals and needs. There are many expert financial advisors that can give you practical advice about moving or living in another country. There may be tax brackets associated with movie to a different country than a tax lawyer can fill you in on before you the place you want to live during retirement.

Several Important Points to Consider Before...