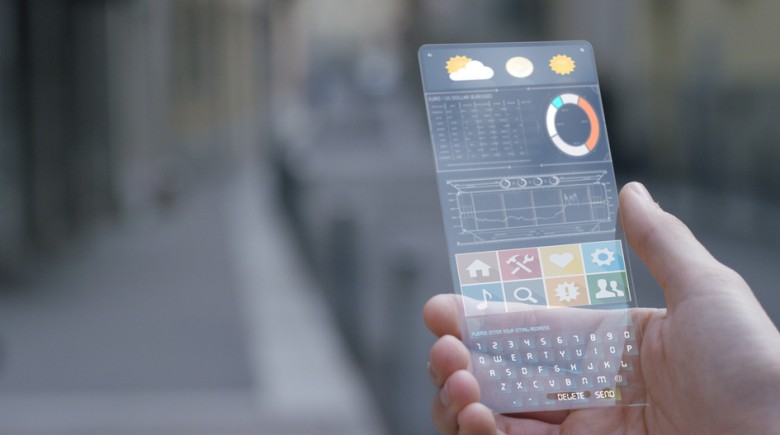 It’s certainly an exciting time to be alive, given the fact that technology is moving forward at such a break-neck pace. This is especially the case for the field of smartphones. After all, smartphones are essentially pocket computers these days, so anything that affects computers will likely affect smartphones. That is to say, a large number of computer technologies will move on to smartphones just as they always have done, and we are likely in for a wild ride because of this. Here are some possibilities for smartphone trends in the near future as well as what you might be able to expect from them.
Foldable Screens

We’ve already received a bit of a preview into what these screens can do given the foldable offering from Samsung given the famous release of the Samsung Fold. This was a smartphone that can fold across its middle in order to fit more comfortably in your pocket. The first release of it had problems because people didn’t know that you weren’t supposed to take off the protective plastic coating on the screen in order to prevent possible scratching when the two screens hit one another.

However, despite this setback, it’s clear that the concept is popular enough to warrant more effort from manufacturers going forward. After all, a 4-inch phone that fits in your pocket and then folds out to 8 inches is still quite a feat, no matter how you look at it.

Automation and the Internet of Things

There’s plenty of evidence to suggest that going forward, you’re going to be able to control all sorts of items around you directly from your phone, just like in Sci-Fi films from the past. There’s already some of this happening with Teslas, where you can actually set a point for it to drive to you in parking lots. This isn’t legal to do yet in most areas on actual roads, but you can do it in parking lots. It’s easy to imagine a future where you can hit a button on your phone to get a soda or anything else out of local vending machines, have your car come pick you up, and then control it to automatically drive you to wherever you go.

It will likely be possible to activate car leaning services that are automated this way as well, given enough time. The sky is the limit, generally, when it comes to this considering the world is getting “smarter” all the time, with just about every item around you being fitted with a computer chip that’s connected to the Internet. You should be able to control your hotel rooms and everything in them with a phone, eventually.

Even right now, it’s possible to control your vacuum Roomba from a distance, telling it where to go in your house, what to clean and when. You can control your temperature in your house already. Some options let you control windows, HVAC systems, and so on.

In the more near-term, there are phones that have cameras that pop up from the side when you want to activate them. This way, you don’t constantly risk scratching them when you lay them down on any surface that’s not completely even. They will instead just remain pristine, ready to pop out and taking pictures whenever you want.

Another continuing trend will be to put IR beamers in phones so that you can actually control the television from your phone. This will include any public television where you have permission to adjust the channel, volume, or whatever else, for example. This means you won’t have to worry any longer about being stuck with the same old boring channel at the doctor’s office, for example.

The dream of going completely cordless is upon us. You can now put a phone onto a flat, circular device and have your phone get charged, without any need to plug it into anything. This standard has been out for a while now, and one of the options for it is called Qi. However, this isn’t even the end of it, since there are plans to increase the range from inches to the length of an entire room. These are being developed right now, and they include harmless tech that would beam energy to your phone from just about anywhere in your house.

Imagine a future where you almost never have to charge your phone at all since it’s just happening all the time without you needing to even do anything. This future is well on its way now. Some technology even lets you get power from non-powered wireless signals in the air all around us all the time.

A day is coming when you can get energy while at home, while at bars, while at hotels, and even when just walking around in the open air, all without any wires needed.

Fingerprint scanners are already out, of course, but they are continuing to evolve in terms of how they work and what they can do. For example, there are options coming out soon that allow you to scan your fingerprint right in the display instead of on the back of the phone. Not only is this potentially more convenient, but it’s also going to look a lot better in terms of aesthetics. The fingerprint scanners can already allow you to access money and other features that need to remain secure with just a simple touch of your finger. Again, this is putting into practice what consumers have been anticipating for decades now.

Overall, the potential upgrades to smartphones these days are nearly limitless. People have been experimenting with modular phones, with phones that always know where you are and whether you’ve left them behind, and a hundred other potential technologies as well. It’s just a matter of waiting and welcoming the future. It will be here before you know it.