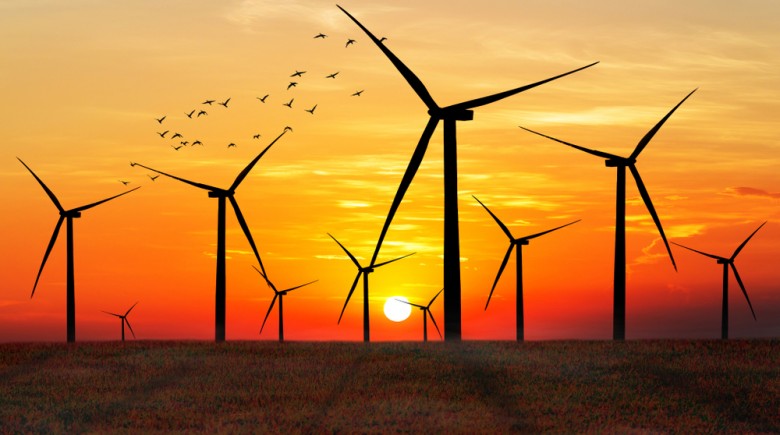 How wind began?
Humans have been using wind power for thousands of years, ever since the first sail boat was invented in Mesopotamia or the windmills used to pump water in ancient Persia. The power of wind has been extremely important source of energy for our civilizations. However, only in the last 20 years has wind power began to be seriously used for the purpose of generating electricity.

For a long time environmentalists and scientists have seen the potential of wind energy to help generate clean electricity. In addition the technology behind wind is seemingly much simpler than that of photovoltaic cells which require special materials and are very complex to manufacture. However, building economically efficient windmills proved very difficult until two technological and economical advances. The first advance in material science technology allowed the construction of light-weight, but strong and flexible glass fiber materials which could be used for constructing large rotors (blades) that are the critical component of wind turbines. The second advance came in the ready availability of cheaper rare earth metals such as neodymium and dysprosium, which are used to build highly efficient magnets that help convert wind energy into electricity.

Another major contributing factor was economic incentives provided by many European, Asian countries and various states across the United States. These government subsidies allowed for the initial construction of large wind farms in very windy areas and allowed for investors to recoup their investment even when wind energy was not economically competitive against fossil-fuel or nuclear. The initial boom caused by these incentives and the competition amongst manufacturers then led to a surge of research and technology development that drove down the price of the subsequent generation of wind mills. In fact the price of wind power in 2019 is half of what it was in 2009.

The continued decline in the price of wind power was driven mainly by the increases in the size of rotor blades. As manufacturers built more and more blades they were also able to learn how to make bigger and bigger blades. The physics of wind mills is such that a bigger blade is significantly more efficient than a smaller one as it covers a larger surface area of air so that more wind energy is captured.

Another major factor of consideration when analyzing wind power is the location of the wind turbine. It is obvious to the common person that some locations are much windier than others. For example the great plains states in the USA, off-shore locations, or the top of mountains are extremely windy places. In fact a doubling of average wind speed actually results in eight times more energy. So of course the first locations that have seen a surge of wind power development have been these extremely windy places. The challenge with some of these locations is that many of them are located very far from the population centers, which are actually the final consumers of wind energy and there has to be parallel investment in power infrastructure to really make these wind farms work.

What are some of the disadvantages of wind power?

In life there is no such thing as a free lunch and so it is the case with wind power as well. Although it is much less environmentally impactful than fossil fuels, there are still a number of environmental impacts. First important impact to consider is that current designs of wind turbines have a very detrimental impact on flying animals such as birds and bats which can run into them and die. It is unclear exactly how widespread this phenomenon is, but it is a real factor to consider. The second impact is the massive requirement for rare earth magnets, which are extracted mainly from China. Although the impact of this is mostly limited to China itself, the truth of the matter is that a large amount of toxic sludge is released into Chinese waterways from rare earth mining and much of that water finds its way into the ocean which impacts everyone on the planet. Another disadvantage is that wind mills generate a lot of noise, so much so that it is not possible to put them in places with high human population.

What is the future of wind power?

The next generation wind mill that scientists across the world have been tinkering with are meant to address some of the drawbacks of current designs. For example one intriguing design is a blade-less wind turbine. It looks nothing like the current technology; there is no large rotor or pinwheel turning, instead a long cylindrical tower goes into the air with the entire cylinder oscillating to generate electricity.
There are numerous advantages to this design. The first is that it would theoretically cost much less to build and manufacture as the turbines are the most expensive part and there are no gears and other moving parts to maintain. The second advantage is that in the space of a single turbine, two of these vortex generators could be put into place. The third advantage is that it is noiseless so it could be placed in a location closer to where humans are living and by being blade less there is no risk for birds to collide and die. The main disadvantage is that it is 30% less efficient than the current technology, but this is more than made up for with the cost advantages and more efficient use of space.

Although this next generation wind turbine is only in the research phase and may not be available anytime soon what is clear to those in the energy industry is that the current technology is cost competitive with traditional sources of electric power such as natural gas or nuclear power. The industry experts therefore continue to see wind energy as a bigger and bigger portion of the global energy portfolio.