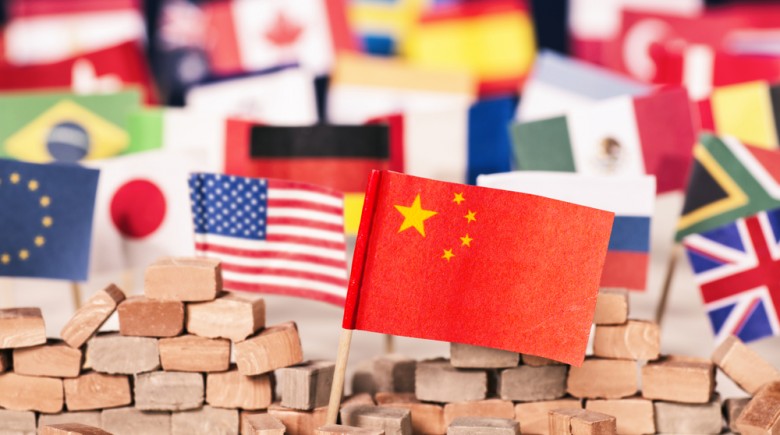 Trade wars are the situation where a nation applies tariffs and other charges on the import from another nation. The Trade war is an economic conflict that arises due to the nation’s protectionism policies. It may expand from two nations to multiple nations. A nation, in response to a trade barrier applied to its partner by a third nation, may apply tariffs and other duties on that third nation. Trade wars may get overlapping and multidimensional.

Another aspect of trade wars in the formation of a union between a few nations for open trade. These nations together and apply tariffs on non-members trade. Trade barriers are an economic hurdle. It negatively affects global productivity and efficiency. In the absence of trade barriers, nations may indulge in production According to their specializations. If all the nations produce with respect to their comparative advantage then the combined output will be more. This way production will be efficient and the cost incurred will be low.

The policies which block international trade is also called trade protectionism. Sometimes trade barriers are applied to save the domestic industry from foreign invasion. This is the case of developing countries generally. In developing countries the demand for goods and services is present but the nation’s supply is generally not that efficient. The local industry is not developed. In this situation, tariffs and other import duties are applied on the imports to save local producer from huge losses. In extreme cases, the local industry may completely go out of the business in absence of trade barriers.

Trade wars are sometimes driven by socio-political reasons. This is where the loss of efficiency takes place. Nations may indulge in trade wars due to political differences and international conflicts that lead to trade conflicts and ultimately trade bans.

For the sake of rational analysis of trade wars, let us explain to you trade from contrasting perspectives.

Supporters of trade protectionism argue that that trade protectionism is a set of well-structured policies that allow domestic industries to grow. Tariffs and import quotas help shift the demand towards the domestic industry. These policies help overcome trade deficit. Besides, strict trade policies are crucial at times to stop unethical practices of the nations which are in a position to exploit weaker nations.

The assumed advantages of trade protectionism include the following:

Protection of domestic companies from an unfair competition

Trade protectionism saves domestic industries from unfair competition. International companies may have achieved economies of scale by operating at a larger level and that kills the market of the local producer. Local producers at that time are not in a position to produce with the same efficiency. Local business cannot afford to supply the same product on a lower or equal price like international producer. To stop local business death trade protectionism is necessary.

When local industries increase their market supply more and more labor is hired by them. It helps increase the employment level in the local market.

Trade protectionism may put an end to strong nations exploiting the economic and political decision making of weaker nations.

The arguments against trade barriers are the following:

Reduces choice: The consumer is not free anymore. Consumer’s will is taken away by diplomatic factors.

Recent trade war of the US and China

President Donald Trump, in last year, paced up his struggles, mainly against China. He threatened China with a big fine over suspected intellectual property (IP) theft. Substantial tariffs on $500 billion worth of Chinese products were supposed to be applied. These products included steel and soy products. The Chinese reacted back with a 25% tax on about 100 products of the USA.

Here it is evident that trade war is getting political rather than rational. During the whole year, both nations continued to threaten one another. Each nation kept on releasing the list of tariff on different goods. During September the US imposed a tariff of 10% on Chinese products that did hurt the Chinese economy to which China responded with tariffs on US products.

The trade war here, in this particular case, is hurting both the countries economically and politically. The arguments against trade protectionism are being proved. The trade war is resulting in reduced customer choices, stretched international relations, economic inefficiency. The benefits gained by each country cannot be realized in just an instance but the losses seem to be more prominent.