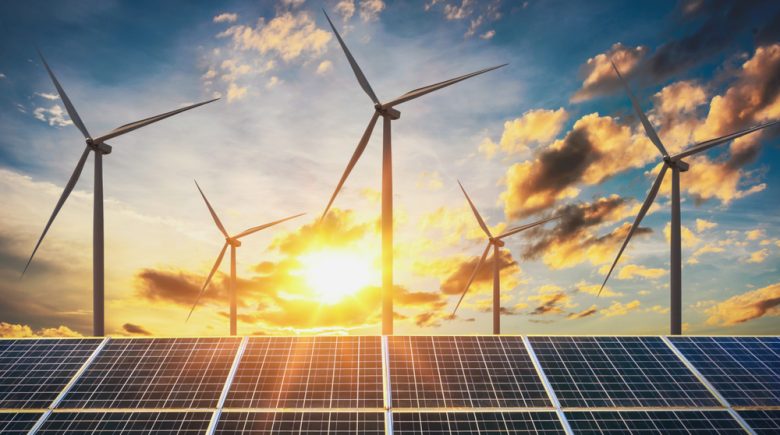 Renewable energy refers to sustainable energy; that is, the power that cannot be finished, endless or can’t run out. Significant sources of renewable energy involve naturally occurring factors such as sun, wind, and water. Although most people depend on non-renewable energy such as oil, coal, and natural gas for fuel, electricity, and hot water, yet it is not sustainable and causes climate change due to greenhouse gases during production. Therefore, they require to be used interchangeably with renewable energy.

Unfortunately, about 10% of the world population depends on renewable energy for use at home and in industries, but they are sustainable and have no environmental effect. Due to increasing technological move across the world, individuals and enterprises are investing in renewable energy to reduces climate change and minimize energy costs. This will also contribute to a shift in the renewable energy usage curve since most people will have more neutral access to this energy.

There are various types of renewable energy, that is, wind, hydro, solar, tidal, biomass, and geothermal energies.

Understanding these types of renewable energy

Sunlight refers to an abundant source of non-endless energy on this planet. The amount of energy freely generated by the sun in an hour is more than planet earth’s annual total energy requirement. However, the amount of energy that can be harnessed varies depending on geographical location, yearly seasons, and day time length.
Due to technological advancement, scientists and engineers have invented more stable solar panels than can harness and store solar energy for home and industrial usage. Solar power now being used as a supplement for other sources of energy. An average solar panel can generate approximately 4KW of power.

The wind is another plentiful, naturally occurring source of renewable energy. The amount of wind energy depends on the two types of wind form, that is, onshore and offshore wind farms. Onshore farm refers to wind turbines created basing on onshore winds. It harnesses power energy on a small scale hence supports local communities in rural areas.

However, the offshore farms are those situated on oceans and seas, thus benefits much on the high speed of offshore winds. It generates power energy on a large scale hence the support of large companies and cities in urban areas. These companies are increasingly expanding their power generation, therefore, contributing to the national energy grid.

Hydro energy is one of the world’s most developed sources of renewable energy for commercial purposes. A more abundant reservoir, dam, or barriers are constructed across the water channel to raise the water level, which is used to drive the electric generator turbine. Hydro-electric power is more reliable compared to wind and solar energies, mainly when using tidal to produce power rather than rivers.

Tidal energy is another type of hydro energy whereby tidal current is used to rotate turbines for power generation. Tidal energy generation is not constant since it depends on rising and falling of ocean tides; during high tides, there is more generation of power more than low tides. Although power generation using tides is predictable; hence companies can harness more power during high tides to compensate for a small amount of energy produced during low tides.

Geothermal energy refers to the heat generated from the subsurface of the earth. It is mainly used for harnessing geothermal power or electricity and direct heating of homes. Geothermal energy varies depending on geographical locations. Some places have higher geothermal heat than others. Dry steam plants and flash plants are used to harness higher temperatures above 180 Degrees Celsius, which is used for electricity generation.

Biomass energy refers to power generated from organic materials such as ethanol, fuel, woods, charcoal, biogas, and biodiesel. It is generated in various methods, first, through direct combustion of wood materials and farm wastes. The heat produced is used to heat water and produce steam for rotation of the turbine hence the production of electricity. Second, through scientific methods such as gasification, anaerobic digestion, and pyrolysis of organic material that releases electric power directly.

Renewable energy has various advantages as far as the domestic and industrial setting is concerned. These include:

Energy Back up or security

Renewable energy is sustainable since it provides more reliable and diversified energy. Also, it cannot be exhausted hence energy security. This prevents the importation of more power from other nations.

Renewable source of energy creates extensive employment opportunities compared to other fossil fuel sectors. Due to improve living standards, it results in a positive ripple effect on to supply chain of renewable energy. It also reduces the cost of living since it minimizes electricity bills. Finally, owners of power generations firms sell extra power to the government hence earning a substantial income.

All source of renewable energy occurs naturally hence do not require any mode of transport. This offers a very stable price since people who buy renewable energy are exempted from fuel charges. They get their electricity at retail prices.

Production of renewable energy does not require any process that emits greenhouse gasses into the atmosphere. This prevents air pollution and damage to the Ozone layer hence preventing climate change.

Technologies used during the generation of renewable energy either have few or rather no moving parts. For example, solar panels for solar energy do not move hence fewer damages. Therefore, money for maintenance can be used for other domestic duties.

Most renewable energy sources are affected by the change in environmental conditions. For example, solar rely on sunshine; wind energy relies on wind. Therefore, in the absence of sun and wind, there is no energy.

They require a more substantial capacity of energy storage for storing of electricity to be used during low power season.