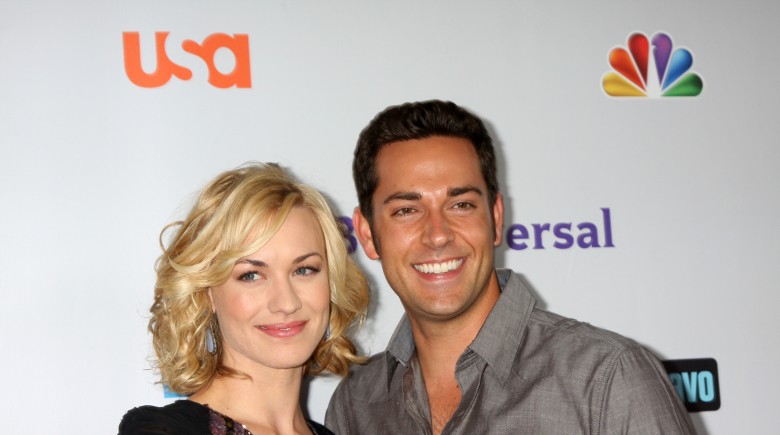 In case you were one of the people who haven’t heard of Comic-Con (a topic soon to be covered by this fine site), it’s held in San Diego every summer and attended by both celebrities (actors, directors and writers) and fans alike. One of those attending for the past few years is Zachary Levi, star of the now-cancelled and great NBC show Chuck (in which Levi played Chuck, an average computer nerd who got a mysterious e-mail from an old friend who was currently working for the CIA. The encrypted e-mail embedded a copy of a software program that had all of the United States’ spy secrets).

Several years ago, Levi founded The Nerd Machine as (in his words) “a hub for all things nerd”. Since their first time at Comic-Con in 2010, Levi and The Nerd Machine have hosted technology workshops, gaming showcases, autograph signings and parties and sold all kinds of nerd-related merchandise to the fervent fans that attend Comic-Con every year. When talking to the Huffington Post recently, Levi said his next big plan is to have The Nerd Machine set up Nerd headquarters at New York Comic-Con (which is happening in mid-October of this year).

One of the most important things that The Nerd Machine sponsors at Comic-Con is Conversations For a Cause. That’s a series of panels that fans can buy tickets for at a fairly reasonable cost (about $22 per ticket) and attend a relatively small (about 250 people) gathering with celebrities talking about various movies, television shows, comic books and upcoming projects.

For example, this year Conversations For a Cause features the casts for the USA Network show Psych, Cartoon Network’s Robot Chicken, NBC’s new thriller Hannibal and the cult favorite Doctor Who, along with one-on-one sessions with Joss Whedon (writer of The Avengers movie and the Buffy and the Vampire Slayer television series), Joe Manganiello (one of the stars of HBO’s wildly popular show True Blood) and Nathan Fillion (currently in the television show Castle and star of the still-missed Firefly show).

And of course all of these events sell out and a lot of money is made. But here’s the great part. All of the money made by selling tickets to Conversation For a Cause goes to Operation Smile. Operation Smile is an international children’s charity that provides free surgeries for children born with facial deformities like a cleft lip or cleft palate.

At the 2012 Conversations For a Cause events at Comic-Con, $140,000 for Operation Smile and The Nerd Machine expects to exceed that total for this year’s events that were held at Comic-Con. This is a great idea that is a winner on every level: fans get to talk one-on-one to celebrities, celebrities get to meet the people who buy the tickets that keep them in business, Operation Smile raises needed funds to help more children and, ultimately, the children born with facial deformities are helped and given a chance at a happier life.

Zachary Levi and Conversations For A Cause Help...